Cardiovascular safety pharmacology studies are used to determine whether a potential drug could adversely affect the cardiovascular system via acute changes to the heart and blood vessels. Typically, such studies are completed in line with the ICH S7A guidelines, which detail the types of non-clinical safety pharmacology assessments that should be conducted prior to administration to volunteers or patients during clinical trials. These studies are particularly critical if the compound class has known effects, or if the regulators have flagged up a specific concern e.g. 5-HT2B agonism. Traditionally, in vivo animal experiments have been the mainstay of such assessments; however, the advent of more advanced in vitro methods using human-relevant models has seen an increase in the use of alternative methods to predict cardiovascular risks, while reducing the use of animals.

One such approach is to use of human fresh healthy or diseased cardiovascular tissues, donated following surgery or residual to transplants, as highly relevant models of human pharmacology to predict safety risks prior to clinical trials. Safety studies in human tissues can also be used retrospectively to determine the cause of an adverse cardiovascular effect observed in the clinic. In the following article, we will give some examples of drug targets that are commonly flagged for cardiovascular safety and the range of models that can be used in these preclinical safety assessments.

Video 1: An ex vivo human heart model. Organ bath models can be used to look at the side effect profile of potential drugs ex vivo. In this video, the heart tissue is beating in response to electrical stimulation, in a chamber containing physiological saline solution. The effect of drugs can be determined by their addition to the organ/tissue bath chamber at a wide range of concentrations and measuring changes in contractile force in real-time.

Receptor binding assays, which provide an indication of the affinity of a test compound across a wide range of GPCRs, ion channels, and other potential sites of drug action, are often a starting point in determining which human tissue assays are required. Binding assays do not of course provide any measure of functional response; therefore, off-target receptors identified as having high affinity for the test compound (relative to the desired 'on-target' affinity) are often selected for further investigation in functional assays. Binding affinity does not necessarily equate to activation of a receptor and a biological response; therefore, concentration-response curves obtained from functional assays may highlight quite different test compound potencies or efficacies than might have been expected from binding assays.

The REPROCELL catalog provides the only known searchable list of functional assays by tissue and receptor type, as most published literature is based on animal tissue pharmacology, which is not always relevant to humans. Here, we present some examples of receptors that commonly are flagged up during receptor binding studies and which can then be explored through functional assays in human or animal tissues.

Agonists and Antagonists of Serotonin

Serotonin, also known as 5-hydroxytryptamine (5-HT), has a broad range of effects in the peripheral and central nervous systems. In the cardiovascular system, several safety concerns have been flagged by the regulators. If you are developing a compound that targets the serotonin system, we have outlined some of the 5-HT receptors that have known cardiac effects.

The 5-HT2A receptor is expressed on the smooth muscle of a number of human arteries, including coronary arteries, and mediates vasoconstriction. Off-target effects of drugs activating the 5-HT2A receptor may therefore present a risk of cardiovascular adverse events, with concerns including a general increase in peripheral vascular resistance (and hence blood pressure) and/or organ-specific effects, such as a reduction in coronary artery perfusion which might increase the risks of angina or myocardial infarction.

While the link between long-term cardiovascular disease (CVD) and 5-HT2A receptor function is not well established, concerns have been raised in the past about drugs targeting this receptor, making it an important consideration for off-target activity. For 5-HT2A agonists currently on the market, serious cardiac events are rare, but some 5-HT2A agonists and anti-depressants have been shown to affect blood pressure. There is also a link between increased cardiovascular co-morbidity in patients with schizophrenia.1,2 although it is unclear whether this would result in  You can find out more about the cardiovascular effects of drugs targeting the 5-HT2A receptor here.

There appears to be a link between between 5-HT1B agonism and rare ischemic events.3 As a result, CVD, peripheral artery disease, and angina are contraindications for their therapeutic use in the treatment of migraine4. It is therefore advisable to assess the cardiac safety of compounds targeting this receptor, or compounds with off-target affinity for the receptor, before clinical trials. Learn more about the complicated history, physiology, and pharmacology of 5-HT1B agonists in our ultimate guide article.

5-HT (serotonin) receptors and sumatriptan
This model assesses the effect of your test article on coronary artery tone using sumatriptan as a reference compound.

After the notorious phen-fen scandal in the 80s, the regulators consider stimulation of the 5-HT2B receptor a serious safety concern that precludes any further preclinical development of a test article.5-7 This is because there is an established link between their long-term use and drug-induced valuvopathies.5  You can learn more about the pathological and therapeutic effects of drugs targeting the 5-HT2B receptor here.

Animal models are commonly used to estimate the effect of drugs on the cardiovascular system. They do not however always reflect human drug responses accurately, meaning that data generated in animals might not translate to the clinic. For example, canine subcutaneous arteries produce a very different response to phosphodiesterase-2 (PDA-2) inhibitors (figure 1A) and 5-HT (figure 1B) than human subcutaneous arteries. Using canines as a model of safety could, therefore, lead to false negatives when predicting human toxicity.

For example, it was found that AMG337 caused migraines in humans, despite having no adverse effects in canine models.8 Retrospective studies comparing the response of human and canine blood vessels to the drug discovered that AMG337 had a more pronounced effect in humans than in canines. If you are interested in finding out more about this study we have described it in more detail here.

Figure 1: Comparing human and canine subcutaneous arteries. In response to (A) PDE-2 inhibitors and (B) 5-HT canine arteries produce a different response.

Preclinical safety assessments in human cardiovascular tissues can produce more translational data than animal models. These living assays can determine whether a drug will increase or decrease cardiac output or peripheral vascular resistance, and can be used throughout the entire drug discovery pipeline. These models are not high throughput but are highly relevant; they are used to determine clinically-relevant endpoints including biomarkers that will translate and offer a bridge between the lab and the clinic.

They can recapitulate many of the responses that you would see at the tissue or organ level. For example, small resistance arteries (which control organ-specific blood flow) can be constricted and dilated in response to drugs as a proxy for potential effects on blood pressure. By comparing drug behaviour in animal and human tissues, researchers can also understand the mechanism of the adverse effect and look at mitigation strategies to limit safety concerns. 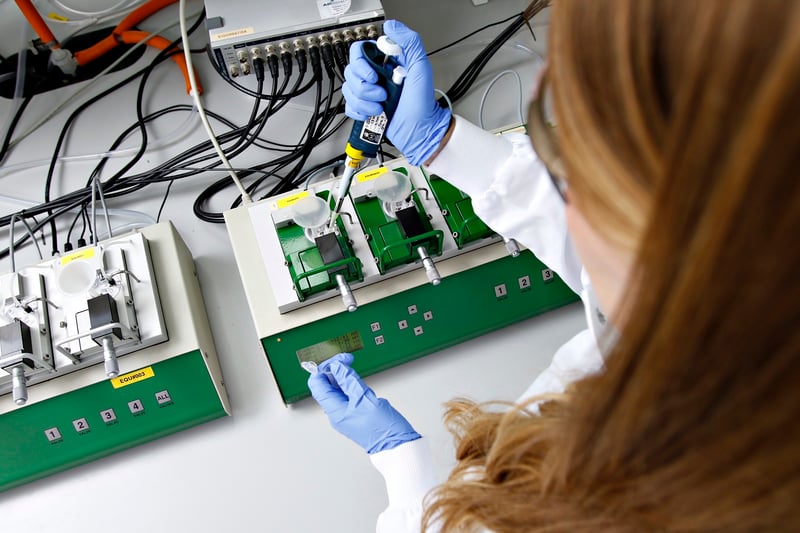 If you are looking to test your compounds in human tissue before clinical trial, but don't know where to start, our human tissue testing experts can help. Human tissue testing can be used to compare drug responses between animal and human tissues to investigate off-target drug effects on cardiovascular tissues. At REPROCELL, our scientists can test the effects of your compound on human blood vessels. You can find examples of our work listed in our assay catalog or contact us to arrange a custom solution for your research needs.