What is the isolated perfused heart model?

The isolated perfused heart is an ex vivo experimental model used in medical research. A whole heart is isolated from an animal donor and suspended in an organ bath. The bath is maintained at 37°C while the beating heart is perfused with blood or buffer to mimic in vivo conditions. The model is typically used to provide additional information about the development of cardiomyopathy that cannot be assessed in vivo1.

The first isolated perfused heart model to be established was created in 1866 using frog tissue2. Because the heart of the frog lacks coronary circulation and respiratory gas exchange occurs entirely via diffusion, it maintains functionality for a long time ex vivo. To improve clinical relevancy, four decades later scientists began to experiment with mammalian models2. Henry Newell Martin successfully isolated perfused hearts using canine and feline tissues in 18932. However, in order for this model to work, the hearts were still attached to their anesthetized donors2.

The most famous pioneer of this technique, Oscar Langendorff,  then developed a model where the heart of cats, rabbits, rats, and dogs could be completely isolated ex vivo2. This variation of the technique, known as the "Langendorff Heart" was then converted into the working model in 1960 by Howard Morgan and James Neely2. This working model has been used and modified by scientists globally for cardiovascular research2 including variations using human tissues that can replace and reduce animal testing.

A key limitation of the isolated perfused heart model is that it uses animal tissues, which can limit the clinical translatability of any data obtained. While hearts from larger animals estimate human hemodynamic characteristics more accurately, rodent hearts are often preferred due to their low cost and accessibility3. Disregarding any molecular differences, rodent hearts are significantly smaller than that of a human and have much faster heart rates4.

Typically, researchers also prefer to perfuse the heart with buffer, rather than blood, which can have reduced capacity to transport oxygen and can vary in composition between labs3. Finally, if contraction of the heart is mechanically induced, rather than spontaneous, this can also affect translatability3,5. Combined, these limitations can mean that the model struggles to mimic true human cardiac physiology6. 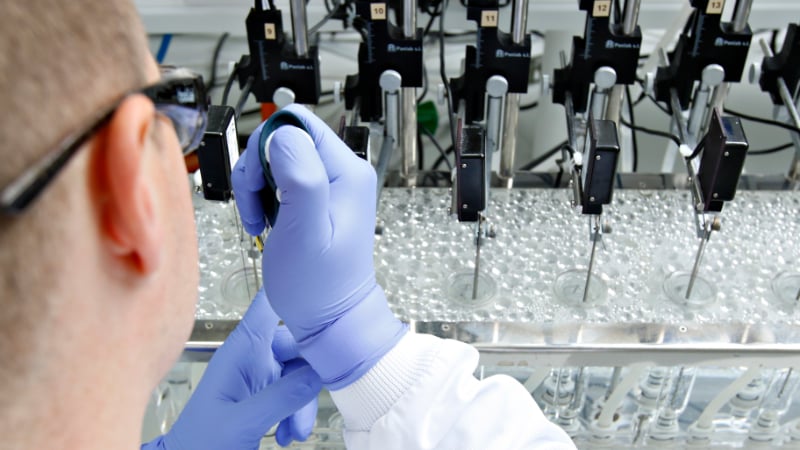 Figure 1: Researcher pipetting a compound into an organ bath.

If you are looking to reduce your animal research, synthetic and human alternatives to the isolated perfused heart model are available. For example, mathematical and electromechanical models of heart function are becoming increasingly popular in cardiovascular research, as are organ-on-a-chip technologies. In the below section we will explore some of the ex vivo alternatives to the isolated perfused heart that can be used either alone, or together to replace whole organ studies in animals.

If you are looking to estimate the effects of a compound on cardiac contractility, human heart tissue can be used as an alternative to a whole heart model. If a specific area of the heart is of interest, such as ventricular trabeculae or atrial pectinate muscles, cardiac muscle can be isolated from these areas. As with all experimental models, there are advantages and disadvantages of isolated tissues and whole organs; the choice of model is dependent on the scientific question being posed and the suitability of the model to interrogate the relevant biological mechanism.

Whilst keeping human heart tissue alive ex vivo is challenging, it can provide enormously valuable data for safety screening or estimating the effectiveness of cardiovascular disease treatments, such as for heart failure (cardiomyopathy). One limitation of the model is the isolated cardiac tissues may or may not beat spontaneously when set up in "tissue baths" (historically, often called "organ baths", despite a tissue being used rather than a whole organ), although it is possible to induce spontaneous rhythmic contractions in some instances7. To product stable, rhythmic contractions, the isolated cardiac muscle strip is therefore typically paced using electrical field stimulation (EFS), as demonstrated in the video below. The paced muscle provides a sensitive model for changes in contractile force (inotropic effects), or the rate of isometric contraction, or even the rate of relaxation (lusitropic effects). The pacing of the muscle contraction makes the assessment of drug effects on heart rate (chronotropic effects) very difficult (as this can only be done in spontaneously beating tissues), and is an advantage of the spontaneously beating Langendorff whole heart method. A further advantage of the whole heart model is the simultaneous recording of action potentials and ability to induce artificial states of stress in the heart muscle, e.g. by restricting perfusion via coronary arteries, a situation akin to myocardial infarction can be created, allowing the study of ischemia-induced changes in muscle contraction or arrhythmias. It is however also possible to record action potentials from isolated tissues, allowing simultaneous measurements of contractile force and electrical activity.

An advantage of the isolated cardiac muscle preparation is that the same region of cardiac muscle can be compared across different species (e.g. comparing animal data to humans) and human tissues can be sourced from healthy or diseased specimens, improving our understanding of the likely translation of drug responses to humans. For example, Brown et al. showed that the positive inotropic effects of PDE inhibitors acting through cyclic adenosine monophosphate, such as milrinone, was less in diseased ventricular myocardium than in healthy tissue8. The throughput of tests using isolated cardiac muscle is also higher than is practicable with Langendorff hearts, with multiple cardiac tissues being tested simultaneously from the same donor, allowing comparisons between different test compounds and positive or negative controls.

Below we have listed example assays that can be used to estimate cardiac contractility in place of a whole heart animal model. If you do not see the muscle or compound you are interested in below, at REPROCELL we can design a customized solution for your research needs. You can read more about our cardiac contractility studies here.

Adrenoceptor/isoprenaline model
This model uses ventricular trabeculae muscles to assess the effect of your test article on cardiac contractility on adrenoceptors.

PDE3/Milrinone model
This model uses atrial pectinate muscles to assess the effect of your test article on cardiac contractility via PDE3 receptors.

5-HT receptor/5-HT model
This model uses atrial pectinate muscles to assess the effect of your test article on cardiac contractility via 5-HT receptors.

Adrenoceptor/isoprenaline model
This model uses atrial pectinate muscles to assess the effect of your test article on cardiac contractility with isoprenaline as a control.

The effect of compounds on either contraction or dilation of the coronary arteries can also be measured in human tissues. Any change in the tone of these vessels could result in significant side effects, so it is important to detect any effects before a drug is tested in the clinic. IC50 and/or pA2 can be determined using an organ bath or wire myograph platform, depending on the size of the vessels and a range of control compounds can be used for comparison. You can read more about the coronary artery models offered by REPROCELL here.

If you would like to learn more about the human ex vivo models we have listed in this article, our friendly team of human tissue experts will be happy to answer any questions you have. You can find our contact details here. 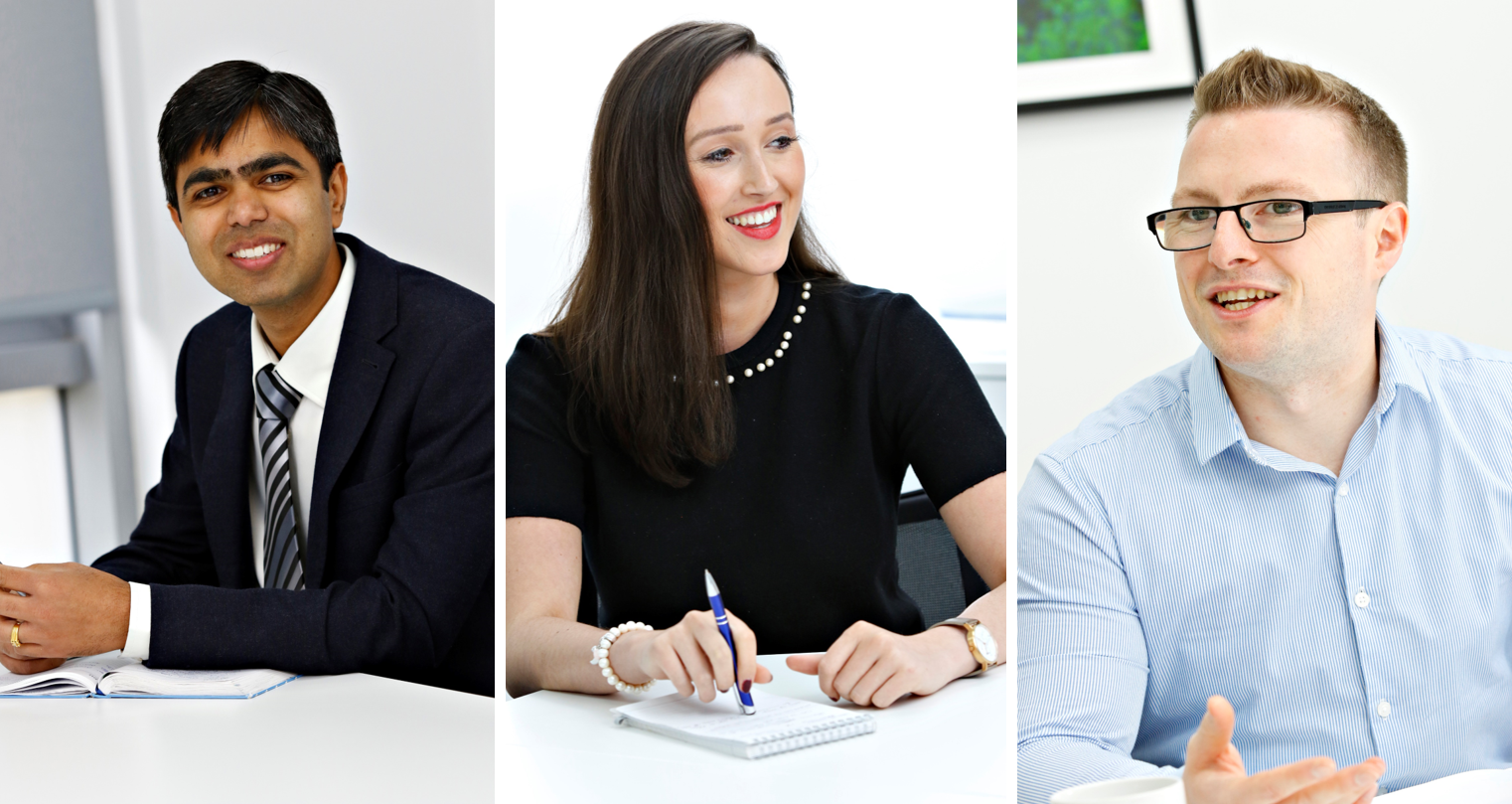