REPROCELL’s Alvetex Scaffold 384 well plate format is comprised of a black plate, clear plastic base, with Alvetex Scaffold at the bottom of each well. The Alvetex Scaffold has been heat welded to the base of the wells. Cells are exposed to culture medium from above only, and therefore predominantly reside in the top portion of scaffold. As with 2D culture, if using serum-free medium, the use of coating reagents to enhance cell attachment can be considered. 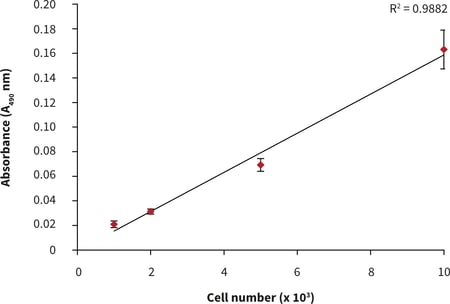 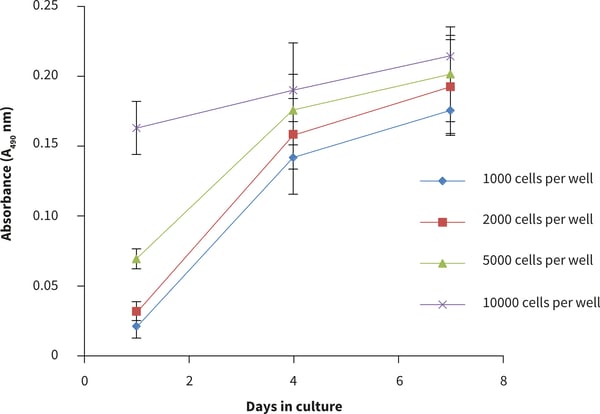 Figure 3. Cell number standard curves for the PC-3 cells using the MTS cell viability assay. PC-3 cells were seeded at a range of densities onto Alvetex Scaffold 384 well plate format and cultured for up to 7 days hours prior to analysis. Data represent mean ± SD, n = 12.

For drug assessment studies in the 384 well plates, PC-3 cells (2,000 cells per well) were cultured for 24 hours prior to exposure to docetaxel (0-100 nM) and doxorubicin (0-10 µM) for 72 hours. Cell viability was evaluated using the MTS assay and the percentage viability calculated against a non-drug treated control 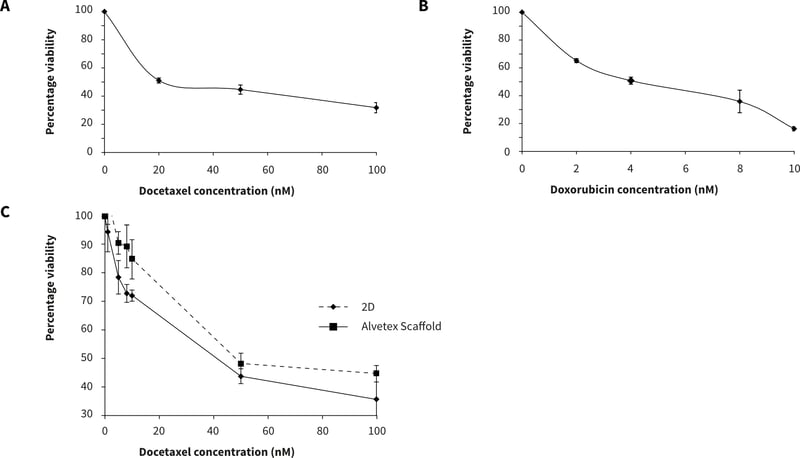