Drug discovery, development and validation for use in the clinic is a long and expensive process, often costing hundreds of millions or even billions of dollars just to get to market [1]. Historically, the testing of new chemical entities (NCE) in terms of pharmacokinetics/dynamics and toxicity assays took place in animal or animal derived systems.

The Ussing chamber, designed by Hans Ussing, was originally designed to test the electrophysical properties of frog skin but has since been applied to a range of applications including drug transport assays [2]. Over the last 50 years simple, models of human epithelium have been developed utilising carcinoma derived cell lines to supplement, and in many instances replace, the routine use of animal tissues in the lab. These simple models, however, fail to recapitulate the complex interconnected biology of many tissues and, as such, can be limited in their histotypic responses to NCE.

It is hypothesized that the use of advanced 3D co-culture systems can increase the in vivo relevance of these generally used cell lines to better model the complex structures and function of human tissues. This post will cover the application of the Caco-2 cell line into a 3D co-culture system with reference to their capability to model the transport of gold standard compounds such as Lucifer yellow, Rhodamine 123 and Propranolol.

What are Caco-2 permeability assays?

The Caco-2 cell line was first isolated in the late 70s from a colonic adenocarcinoma. Caco-2 cells quickly became a well-established epithelial cell line in academia whereby they were shown to form confluent monolayers when grown on Transwell® membranes with excellent membrane integrity and structural characteristics. Protein and RNA analysis of key intestinal transporter systems suggests that Caco-2 cells express a functional phenotype more akin to small intestine rather than the parental colon [3].

The small intestine is where the majority of absorption takes place. As such Caco-2 gown on Transwell® quickly became a gold standard for use in industry, alongside other tests such as PAMPA (Parallel artificial membrane permeability assay) for NCE permeability in vivo [4]. Permeability assays using Caco-2 cells can be achieved in a number of varying ways generally split into 2 categories, Ussing chambers or in-plate assays. The former allows for the careful control of assay conditions such as temperature, oxygen concentration in media and flow rates. In contrast, the latter allows for less fine control but is better suited to high throughput, often automated systems which allow for large screening studies.

Figure 1 shows the basic structure for an Ussing chamber set up. Different brands may look different from the schematic shown however the basic principle underlying the chamber set-up is the same. Essentially, an Ussing chamber consists of 2 main components, the reservoir and the chamber (A and B respectively). Inputs into the reservoir usually include ports for attachment of either a circulating water bath, (i) important for maintaining media temperature throughout the experiment and gas inputs (ii) which both oxygenate and circulate the reservoir.

The chamber attaches to the reservoir in such a way as to ensure fluid circulation occurs in a single direction. The model is placed between each half of the chamber and a tight seal is ensured to limit any passive movement between compartments. 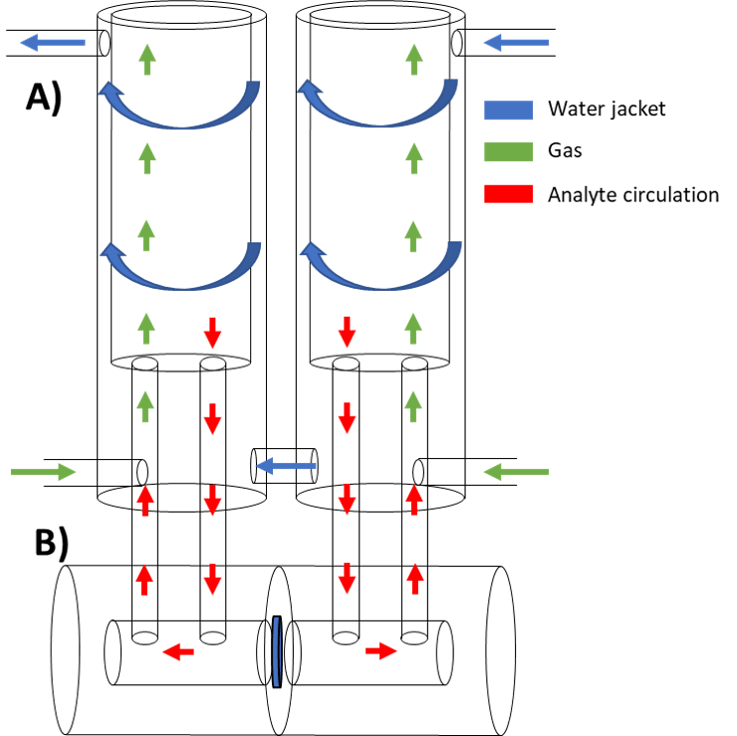 The pros and cons of 2D Caco-2 permeability assays

Caco-2 models have a number of key advantages which have allowed them to become the gold standard for drug permeability assays in both academia and more commonly, industry. There are three main advantages to their wide-scale use;

However, the disadvantages of Caco-2 models generally lie in their “Good in vivo reproducibility”. The culture of a monolayer of cells on a permeable membrane, whilst highly reproducible is a poor mimic of intestinal tissues. Complex interactions occur on several levels within normal tissue which can have significant effects on epithelial development and function. Examples of these include; Stromal cell direct and paracrine signalling, development and maintenance of a goblet cell component and resultant mucous layer, immune cells interactions. 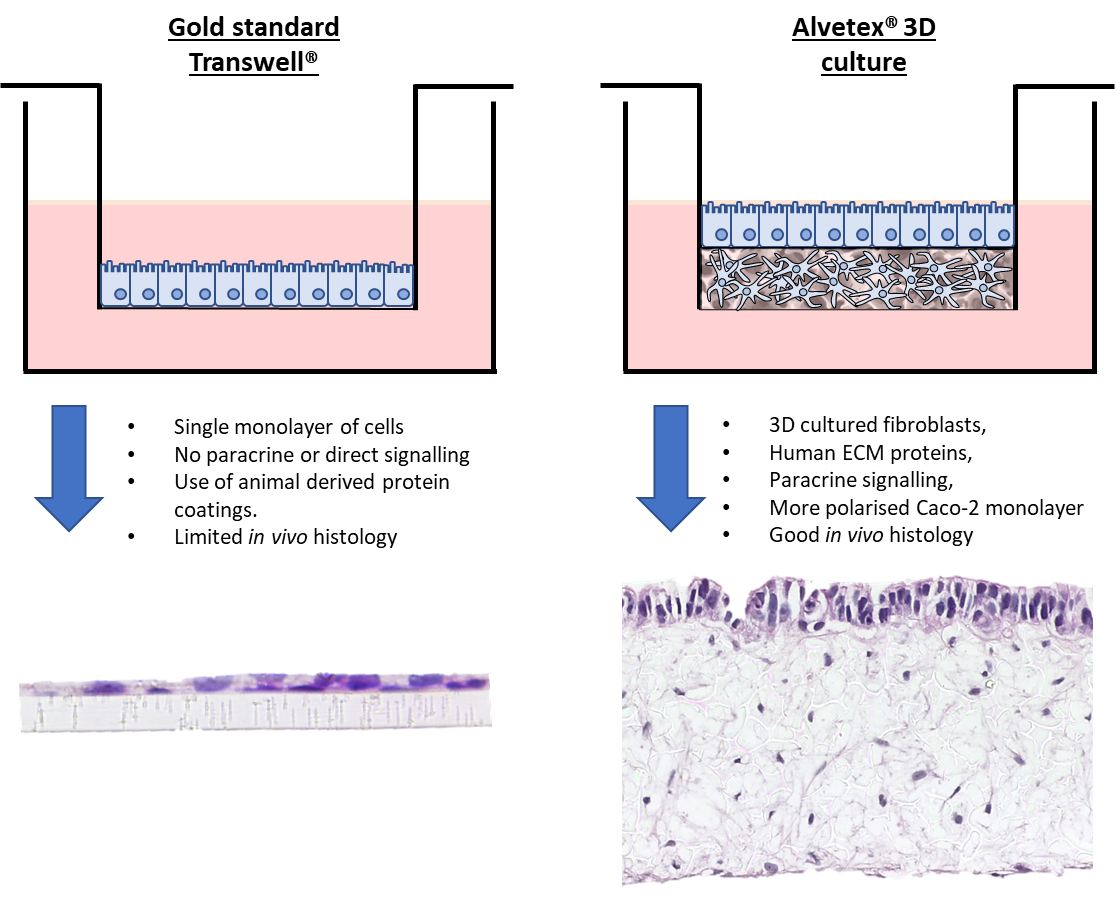 Figure 2: 3D culture allows for a more histotypic model of the mucosal layer with the 3D culture of intestinal fibroblasts.

How to improve Caco-2 permeability assays with 3D Culture

3D culture has been shown to have significant effects on cell phenotype in vitro. Alvetex™ based co-culture systems allow for the incorporation of multiple cell liens together in physiologically relevant ways in order to better mimic tissue structure. Alvetex based systems can be designed to recreate tissue architecture without the use of exogenous animal derived proteins which can hamper “in vivo” relevance. Indeed, provision of fibroblasts with a 3D scaffold allows for the “humanisation” of cultures through the self-directed secretion of ECM proteins.

Apparent permeability (Papp) is used in the pharmaceutical industry as a measure of compound permeability though a model epithelium. This calculation alongside other measures such as those gained from PAMPA assays are used to predict the absorption characteristics of a compound in the human intestine. Papp is calculated using the following equation:

[RELATED] How to estimate drug permeability using an Ussing Chamber →

3D cell culture is a powerful tool to enhance the functional phenotype of human and animal cells in the lab. Additional cell lines can be easily co-cultured within 3D systems and designed to secrete enhancing ECM and paracrine signalling components. Application of these models to Ussing chamber systems can allow for high throughput analysis of drug permeability in vitro.

Figure 3: Basal to apical permeability transport values for A) Rhodamine 123, B) Propranolol and C) Lucifer Yellow. Hashes lines are representative of transport values in human and animal tissue.