Ussing chambers represent a flexible and cost-effective means of investigating mucosal drug transport or drug-mediated effects on tissue behavior, including ion transport, drug metabolism, and absorption. In this post, we will describe how the ussing chamber technique can be used to accurately predict the bioavailability of test articles before clinical trials.

Why is the accurate prediction of bioavailability important?

The first key reason for their popularity is that Ussing studies allow researchers to test their drugs in human fresh tissues. While animal and in vitro models predict fractional absorption well, they fail to accurately estimate human oral bioavailability due to differences in enzyme and transporter expression. The use of human tissue, therefore, ensures a phenotypically accurate balance of human drug-metabolizing enzymes and drug transporters, leading to more accurate results.

[READ] 5 reasons human tissues should be used to predict bioavailability →

The second reason ADME/DMPK scientists favor Ussing chambers is that the system allows the estimation of fraction absorption and fraction metabolism simultaneously. Where other experimental models may be used to calculate fraction absorbed (fa) and fraction metabolized (fg) separately, an Ussing chamber can be used to estimate both values in a single experiment. This not only reduces experimental work but ensures good correlation between permeability (Papp) and drug permeability in human subjects (Figure 1).

Figure 1: Relationship between permeability (Papp) and human drug absorption for a range of compounds. A good correlation between Papp and drug permeability in human subjects was observed for all tested compounds except for mannitol, which is a typical outlier in permeability studies carried out in vitro.

How an Ussing Chamber is set up

A typical Ussing Chamber set up consists of two fluid-filled, heated chambers, which are separated by a mucosal tissue preparation and aerated with oxygen and carbon dioxide (Figure 2). Typically, the test article is applied to the apical chamber, followed by periodic sampling of both apical and basolateral compartments.

Electrical variation due to changes in ion movement is measured by the voltage and current electrodes present in each chamber. Transepithelial electrical resistance (TEER) is calculated every 2-5 minutes during the protocol by measuring the current injection required to briefly clamp the voltage at 1 mV. This is achieved using Ohms law, where TEER equals voltage (1mV) divided by current. 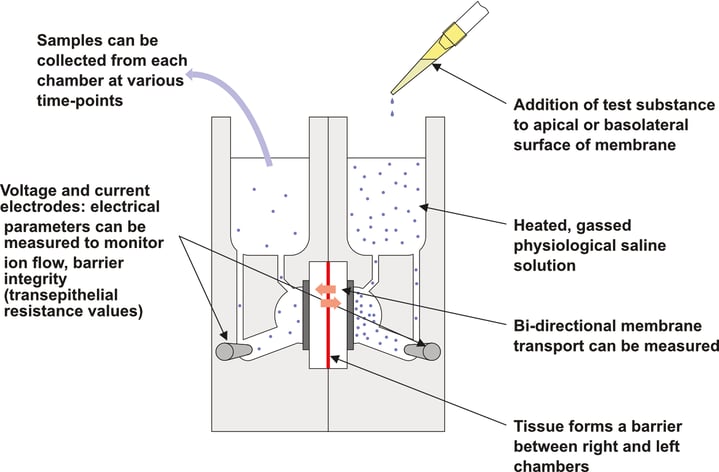 Figure 2: Cross-section of typical Ussing Chamber set up. This diagram highlights how the Ussing system can be used to measure different test article characteristics. The same experimental set-up can be used whether the experiment aims to explore drug permeability or ion-channel function.

Ussing chambers are not only used to estimate oral permeability; they can also be used to measure changes in ion channel activity by recording alterations in potential difference, TEER, and short-circuit current. When Cholera toxin was added to the apical side of an Ussing chamber containing gut mucosa, a decrease in the short circuit current was observed (Figure 3) corresponding to activation of the CFTR chloride channel by the toxin. This set-up can therefore be used to investigate the on-target or off-target effects of test compounds.

Researchers at Roche used this type of Ussing study to successfully reduce the clinical toxicity of a combination therapy they were developing. The group used fresh GI tissues to determine why trial participants were experiencing diarrhea, discovering that the treatment was upregulating chloride channels in the gut causing an influx of sodium ions (Figure 4).

Roche scientists were able to reverse the side-effect by prescribing an ion channel antagonist alongside the therapy, meaning they could continue the clinical trial.  You can read more about the finding of the study here. 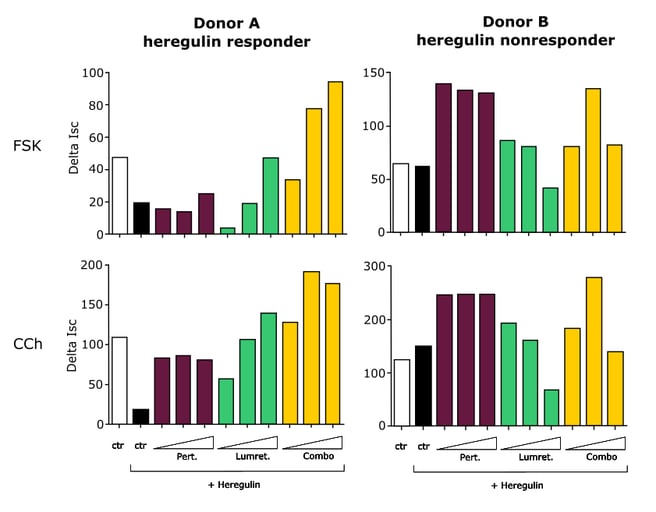 At REPROCELL (Biopta) we offer cost-effective Ussing Chamber studies using healthy and diseased gastrointestinal human tissues. Our fresh human tissue experiments use up to 12 isolated tissue preparations per donor, allowing multiple drugs to be investigated in each experiment. You can find out more about our permeability studies here. 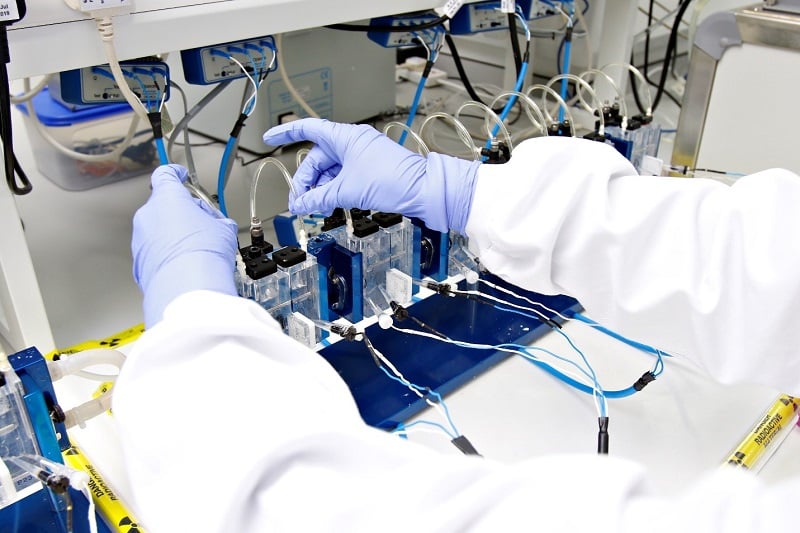