There is a clinical need for novel therapies in inflammatory bowel disease (IBD). Current research is however limited by models which do not physiologically mimic the disease in humans. In this article, we explore the role of human fresh tissue research in IBD drug discovery.

Inflammatory bowel disease (IBD) has a complex etiology, involving dynamic interplay between genetic factors and the extensive immune system of the gastrointestinal (GI) tract [1,2]. The incidence of IBD is increasing and a significant number of patients do not benefit from standard of care compounds, such as infliximab [3,4]. As a result, there is a clinical need for safer, more precise IBD treatments.

Attrition rates in drug discovery are however very high [5,6]. Many compounds that perform well during preclinical testing fail in humans due to lack of safety or efficacy [6]. While animal models represent perfectly adequate test systems for some compounds, they lack the genetic diversity observed in the human population [7]. With Pharma’s growing interest in precision medicine and biological therapies, the shortcomings of animal research will be further amplified meaning there is a need for more therapeutically relevant model systems [8] — particularly in IBD research, where novel therapies represent an unmet clinical need [9]. 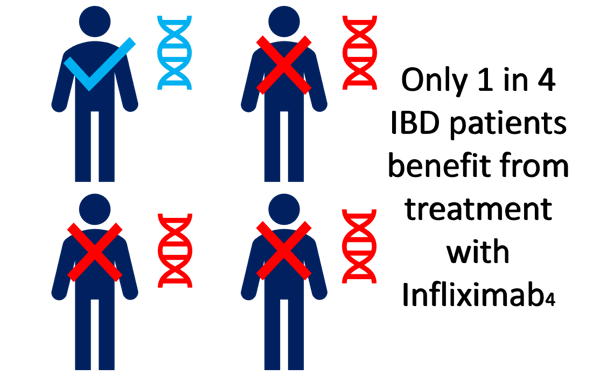 Human tissue assays are among the most therapeutically relevant model systems available in drug discovery. These ex vivo models use living human tissues ethically-obtained from relevant patient populations. By capturing interpatient variation at the preclinical stage, they can predict the likely clinical response to test agents, permit an increased understanding of disease pathology and lead to faster development of therapies. Furthermore, the ability to generate human data during preclinical research strengthens IND submissions and reduces the risk of late-stage failures.

Many pharmacologists are keen to incorporate human tissue models into their research However, poor biobanking infrastructure and technical difficulties present significant barriers. Many researchers are uncertain about the ethical documentation required from patients and for what purpose donated tissues can be used.

Through our global network of biorepositories, REPROCELL (Biopta) can access a frequent supply of high-quality surgical resections for use in drug discovery. Our Human IBD Fresh Tissue Assay is the most clinically relevant IBD model on the market and the only commercially available model of its kind. This unique culture system maintains the dynamic histology and microenvironment of intestinal tissues for up to 24 hours [11].

During this time, donor biopsies can be exposed to test agents and standard-of-care compounds. Experimental data is collected, analysed and interpreted by our skilled research and development team. By combining these drug efficacy measurements with a full clinical history for each donor, interpatient variation in drug response can be investigated before clinical trials. The mechanisms underlying disease phenotype can be further explored using our state-of-the-art molecular services, including next-generation sequencing. 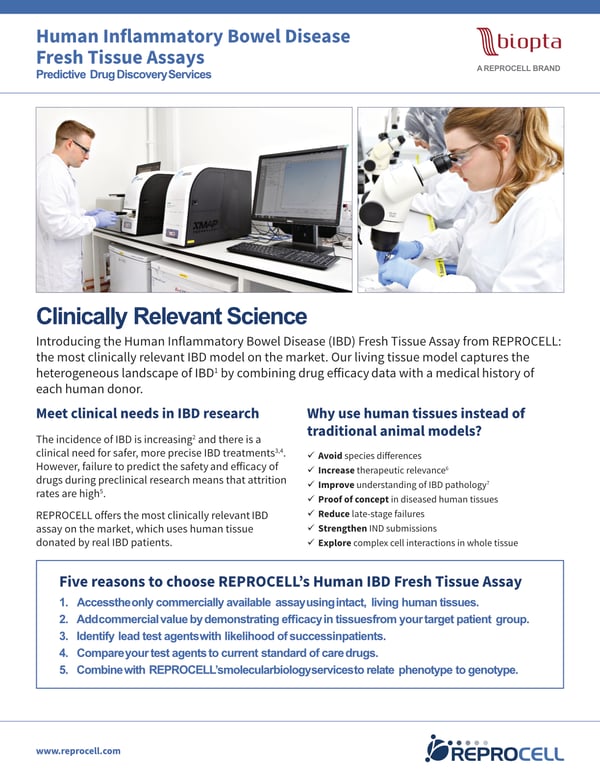